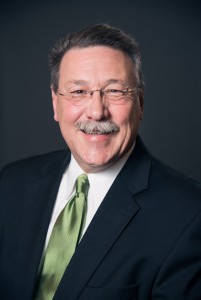 Doug Domenech is a principal at Statecraft Staffing, LLC.

Doug has had a 30 year career in natural resource management, energy and environment policy.

He served as Virginia’s Secretary of Natural Resources, appointed by the Governor to his Cabinet and confirmed by the State Senate. In that role he was responsible for managing Virginia’s environmental, natural and historic resources overseeing six state agencies with over 2,000 employees and an annual budget of $480 million. His diverse portfolio included Virginia’s State Parks and Recreation facilities, hunting and fishing on State Wildlife Lands, protecting Virginia’s air and water, improving the health of the Chesapeake Bay and its tributaries, protecting historic resources including Civil War Battlefields, and developing an all-of-the-above energy strategy. He served on or oversaw over 20 statewide boards and commissions.

Previously Domenech served in the Administration of George W. Bush as the White House Liaison and Deputy Chief of Staff to the Secretary of the Interior. As the country’s principal conservation and science agency, the Interior Department is responsible for the National Park Service, the Fish and Wildlife Service, the Bureau of Land Management, the U.S. Geological Service, and 5 other agencies.

In his role as White House Liaison, he worked closely with the Office of Presidential Personnel to recruit and facilitate the hiring qualified political appointees within the Interior Department. He was also responsible for appointments to various Departmental boards and commissions.

Domenech, whose family is from Puerto Rico, served on the White House Task Force on Puerto Rico Status, as the Secretary’s appointee on the Conservation Trust of Puerto Rico, and as Acting Deputy Assistant Secretary for Insular Affairs serving as the federal liaison to five U.S. territories and three freely associated states.

A Forestry and Wildlife Management graduate of Virginia Tech, Domenech served on the Virginia Board of Forestry, and worked for a national forestry association for 12 years.