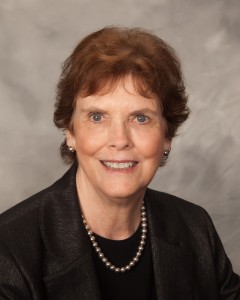 Mary McNally Rose is a principal of Statecraft Staffing, LLC.

She most recently served from 2005-2012 as a board member and vice chair of the federal Merit Systems Protection Board after being confirmed by the United States Senate.  In that capacity, Mary decided all cases and legal actions involving appeals of employment, retirement, disability, whistle blowing, and annuity claims brought by federal employees, and reviewed regulations and significant actions by the Office of Personnel Management, and approved studies of the civil service and other merit systems in the executive branch.

From 2001-2005, she was appointed by the president of the United States as Vice Chair of the Federal Salary Council, which submitted their recommendations through the Federal Pay Agent to the president for approval, and concurrently served as the Chair of the Federal Prevailing Rate Advisory Committee, which mediated between national labor organizations and the federal government in an impartial manner.  Mary began her most recent stint in public service in 2001 as a deputy associate director in the Office of Presidential Personnel at the White House, where she was responsible for making recommendations of qualified candidates to the U.S. Departments of Health and Human Services, Housing and Urban Development, Labor, and Education.

Mary was a visiting fellow of the Heritage Foundation, where she researched, interviewed, and catalogued resumes of qualified candidates to serve in a presidential administration.  She was also elected Clerk of the Circuit Court in Anne Arundel County in the State of Maryland.  Elected on a platform of management reform, she inherited a budget deficit of more than $250,000 and in less than a year, produced a budget surplus.  Upon completion of her term, she returned $1,300,000 to the Maryland State Treasury.

She was confirmed by the United States Senate to serve as the deputy secretary for management for the U.S. Department of Education.  There, Mary supervised a staff of 650 employees with a budget of $75 million, negotiated contracts with government labor unions, and implemented major initiatives including privatization credit reform.  Prior to her service at the U.S. Department of Education, she was director of personnel at the White House Personnel Office.

Her first stint in public service began as the assistant director for executive administration at the U.S. Office of Personnel Management.  Her responsibilities included issuing all federal personnel regulations government-wide for both career and non-career Senior Executive Service employees, the highest rank of a career civil servant.

Mary began her career as a nurse after receiving her R.N. degree from Bon Secures Hospital School of Nursing.